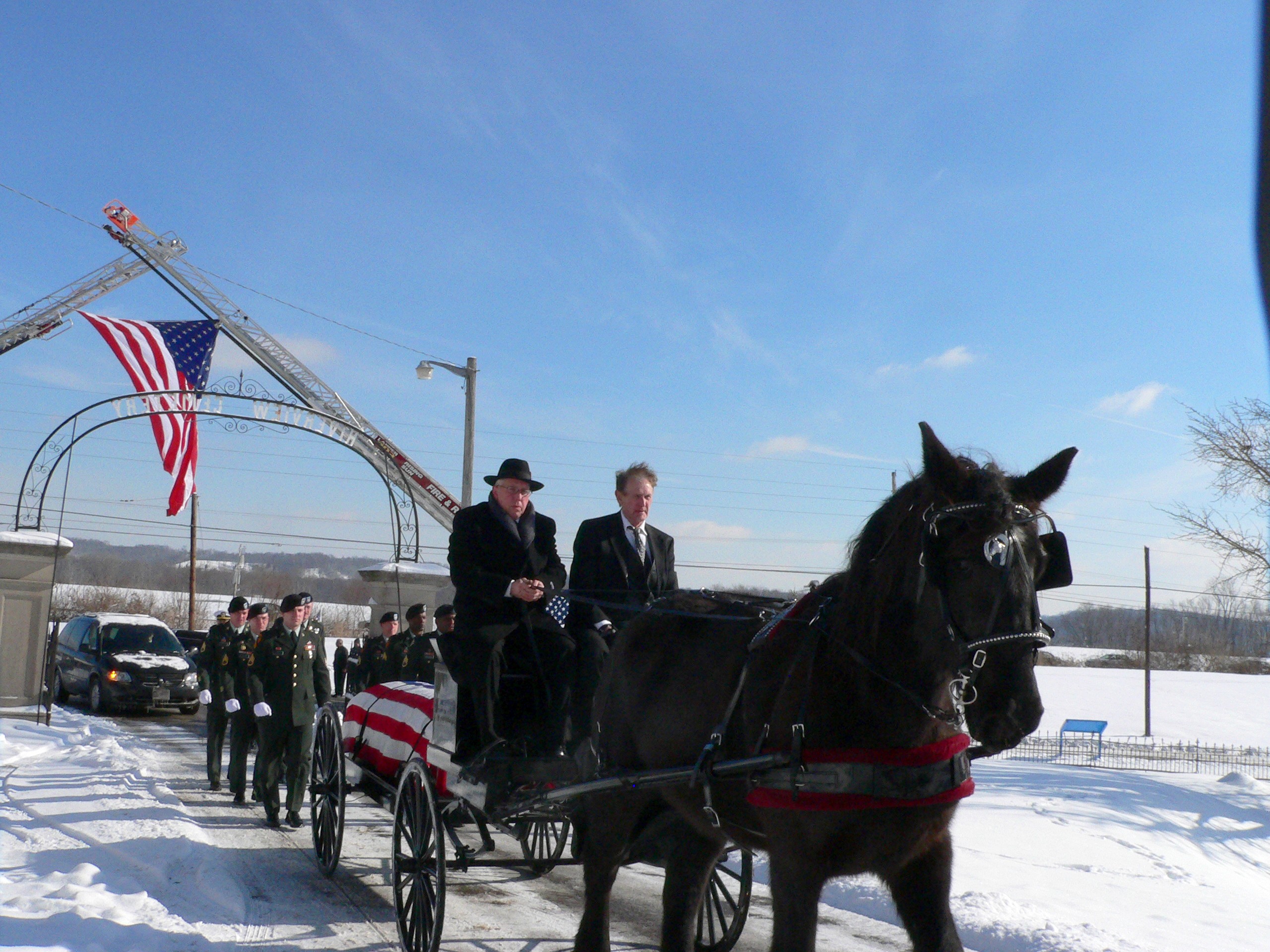 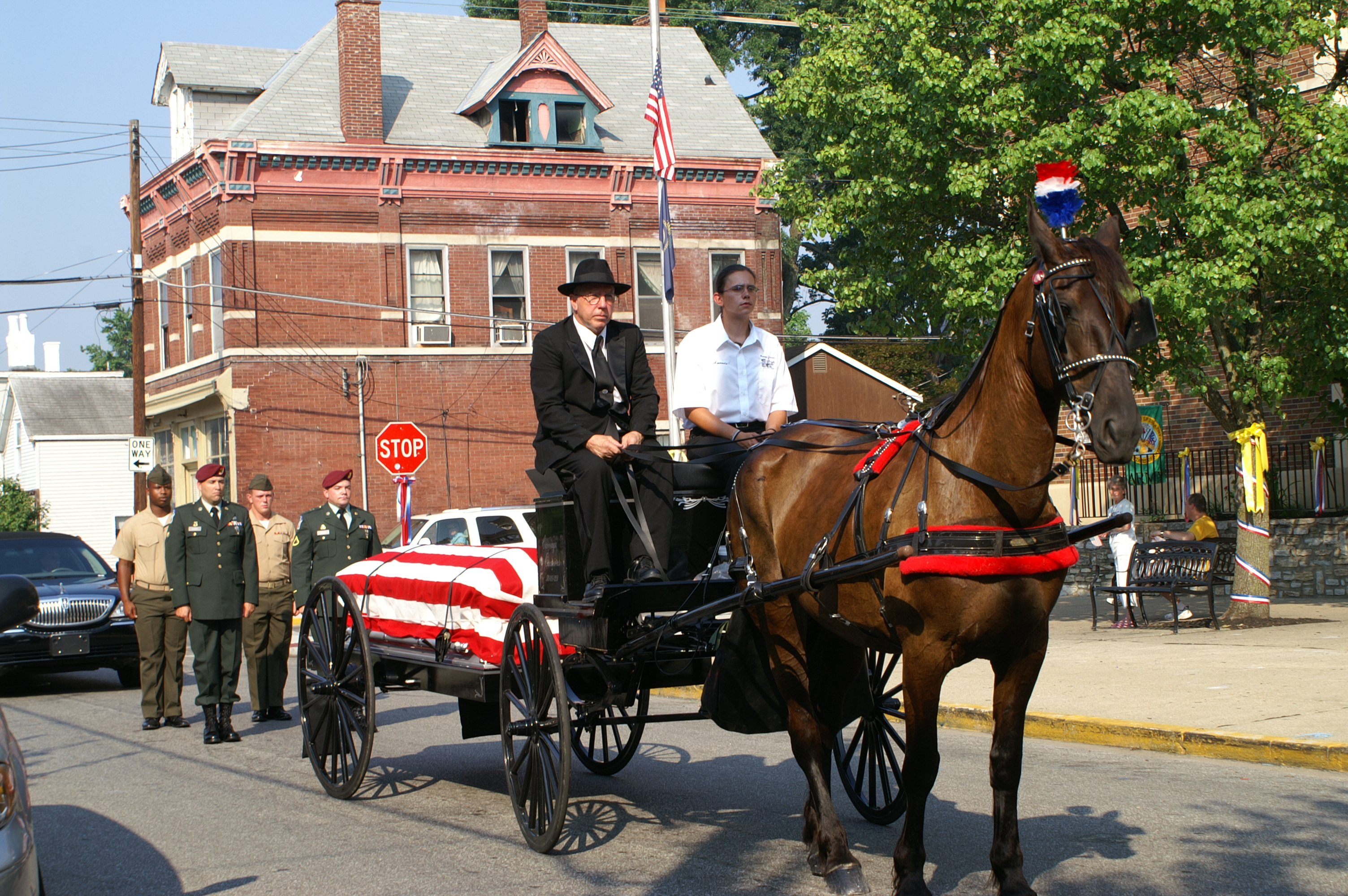 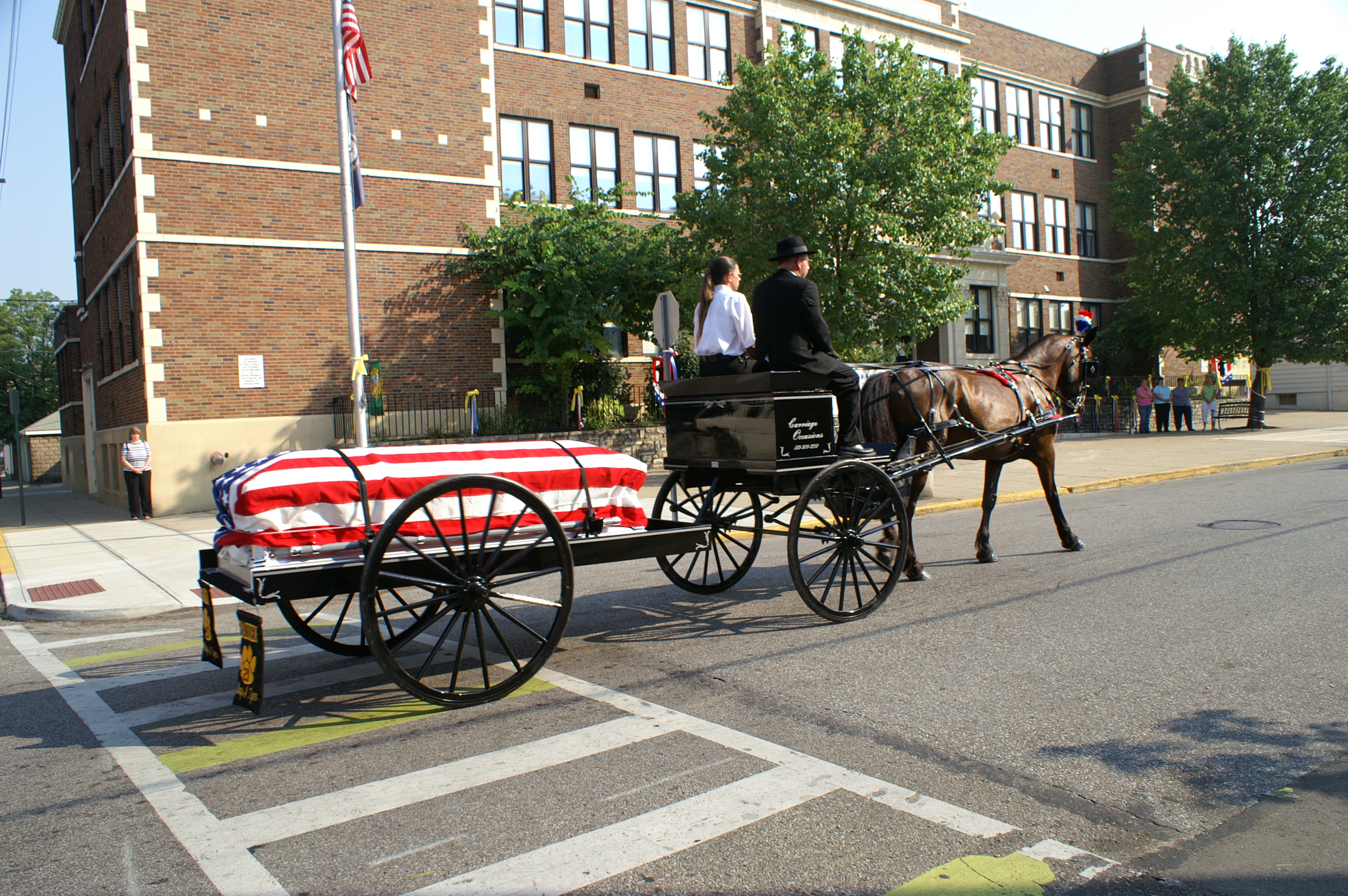 Carriage Occasions in 2004 and had a dream

to honor all of his Comrades in Arms.

In 2010 Steve had this caisson built, to help

families provide the respect and honor

in which every Veteran is deserving of.

We also offer mourner's carriages or a

rider-less horse if requested.  We can work directly

with you personally, with your funeral home, 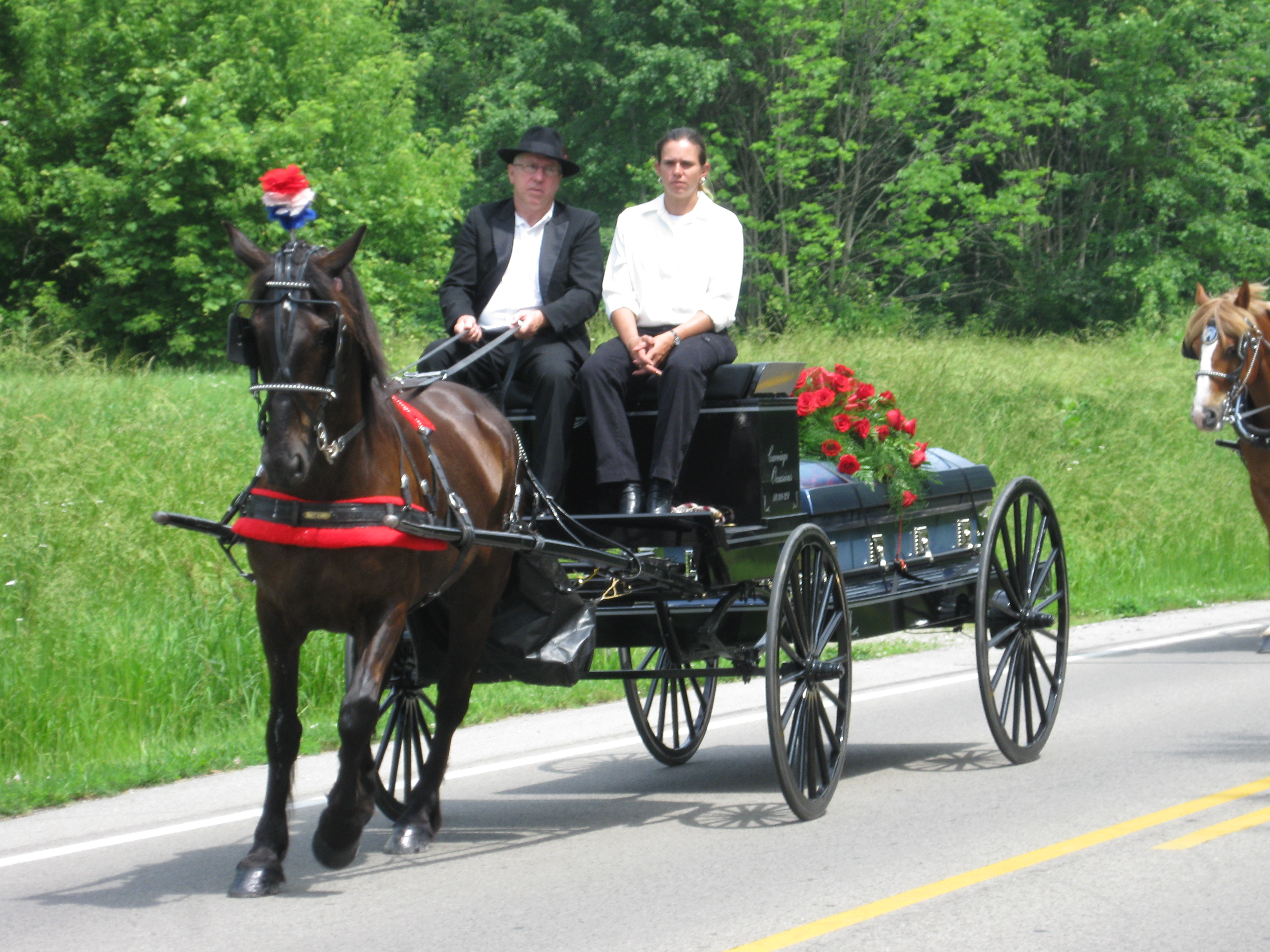 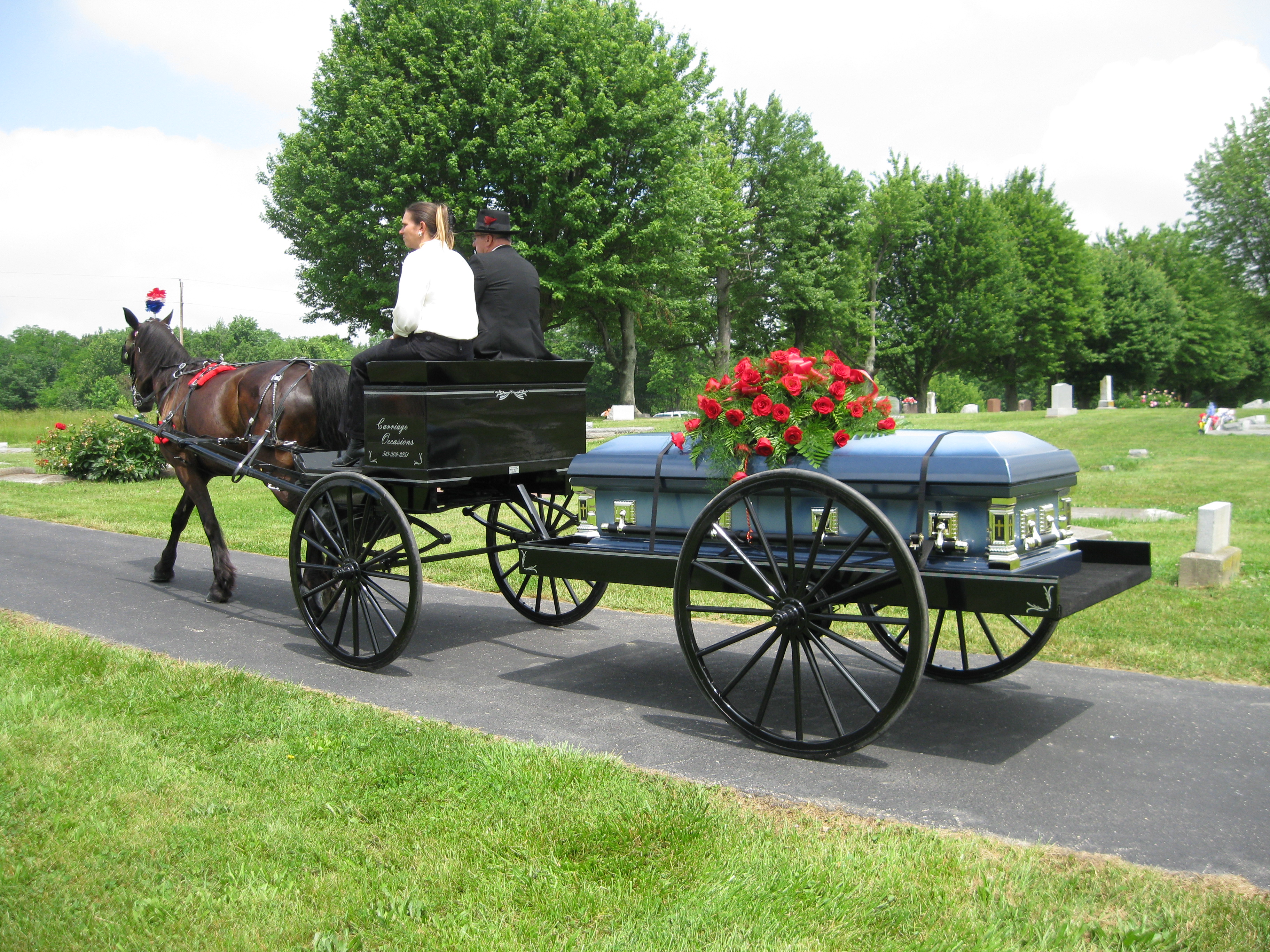 resting place via horse-drawn vehicle, we will be there to

make their wish a reality.   We offer mourner's carriages

also with our horse drawn caisson if wanted.  We will work

directly with you personally or with your funeral home.

Escrow accounts can be made for pre-planned

funerals.  Let our family help plan for your

Some Funerals we provided horse-drawn caisson service for: